Python Course in Hyderabad by ELearn Infotech Python Training Institute is designed to help you in this extremely popular programming language with ease. Python is a simple interpreter based and high level object oriented generic programming language and can be used to design and build application and prototype with ease. We are one of the Best Python Institute in Hyderabad. ELearn InfoTech's Python Course enables you to learn from scratch. This Python Course is an Object-oriented programming and structured programming are fully supported. Our Python Training in Hyderabad will also help you master in Python concepts such as data operations, file operations etc.

What is Jupyter Notebook?

How to use Jupyter Notebook?

IS NULL, IS NOT NULL

How to send email in a Django

What is Jupyter Notebook?

How to use Jupyter Notebook?

This ELearn InfoTech Python Training Course in Hyderabad is a comprehensive learning approach to working with Python. You will learn how to deploy the top programming language for various aspects of Big Data, Machine Learning and Artificial Intelligence.

Contact us for Python Training in Hyderabad Madhapur with Realtime Project

"The Trainer & the Assignments they provide is the best part of the Python training in Hyderabad. They deal more on basics and provide the ample time to let the candidates understood the fundamentals.

"ELearn Infotech is the best place to learn python Course in Hyderabad. Thanks ELearn Infotech and Thank you Entire Elearn Team for giving me a great knowledge.

"It is the best Python institute in Hyderabad. It is up to my expectation. No other institute is as good as ELearn Infotech. Thanks to Haribabu Sir and Entire Elearn InfoTech Team.

"I will strongly recommend Elearn Infotech for python courses and training because the trainers are expert and they provide real time projects that one can able to understand from the bottom.

"I learned Python in details here. Thanks for the providing amazing materials and classes. The trainers are very cooperative and responsive as well. I will recommend Elearn Infotech for excellent Python course.

"My friend recommended this Python Institute to me, Python faculty here is good and got a good knowledge on Python, tasks given by the trainer will be very much helpful for you and it's a good place to learn Python Course.

The Demand for Python Courses in India

Python is expected to be among the most lucrative job paths in technology and industry. Python employment opportunities are expanding rapidly all over the world. Significant corporations are interested in the Python language because of its simple code and speedier reading capacity. Python is a wonderful tool for developing liberal policies. Every day, the number of people interested in Python grows. The popularity of Python training in Hyderabad, as well as in India, is increasing rapidly. Today, firms in both India and abroad are looking for qualified Python developers. In comparison to other languages, learning Python provides a competitive edge. In 2022, Indian IT businesses created over 2 million positions, and they are still looking for additional Python developers. Python is becoming increasingly popular as it is used in technological developments such as automation and artificial intelligence.

Python provides several opportunities for newcomers. Python has a plethora of possibilities for you in your career if you employ the appropriate approach. One must possess a solid foundation in programming and problem-solving abilities with Python Course in Hyderabad. It is simple to comprehend. So that newcomers can switch to Python instead of other terms, Python developers are in high demand in India. As a newbie, you may take roughly 3 to 5 lakh per year in python language. For a profitable profession in Python, you can enroll in an extensive certificate course in a data scientist. Python is even required for an experienced professionals to advance in their job. An experienced professional with python expertise gets roughly 12 lakhs per year.

Curriculum for Python Courses in India

Python Institute in Hyderabad and around India will provide you with real-world project exposure with industry professionals. These institutions provide you with live instructional courses to help you grasp the principles of Python programming. These Python Classes in Hyderabad and India will also teach you about Introduction to Python, Sequence data and File Operational processes, Deep Dive - Functional areas as well as OOPs, Functioning with Components and Managing Exclusions, Beginnings to NumPy & Pandas, Visual Analytics, Manipulation Of data, GUI Programming, Developmental Web Maps and Data points using Plot lines, and Machine Learning using Computer vision and Visualization tools. In India, ELearn InfoTech provides career-focused Python Full Stack Workshops. Python Coaching in Hyderabad with ELearn provides a complete educational opportunity to understand many fundamentals of this in-demand technology. Being part of the Python course, you will learn several Python libraries and build Python programs for Big Data Spark and Hadoop. You'll be working on real-world Python applications and research papers. Have the top online python training in India via Python professionals.

Python is the most powerful programming language. It is the first language because of its easy to understand format. Python is essential for web development to machine learning and data science. Python's simple to understand and use syntax is suited for desktop and web applications. Moreover the core-programming language is quiet small and the standard library is large. Web developers prefer going for this language because of its benefits in long term. If you are a beginner or want to specialize in this language, the best is to take up offline or online training from ELearn Infotech. At ELearn Infotech, you will get complete training on Python language and using it for building site.

This specialization Python course in Hyderabad Madhapur will introduce you to the fundamental programming concepts including the data structures, networked application program and databases. The official python package index hosts more than 200,000 packages including pandas, SQL database, Django, and others. Due to this massive library, python becomes useful in academy. MIT, Harvard and some top tech companies use Python for their data science courses and projects.

At ELearn Infotech, you get Python Online Training or Python Classroom Training in Hyderabad to learn Python. For beginners, Python Classroom Training is a great way to get comprehensive overview of the programming. Moreover, you get hands-on practice experience to work on different areas of the python subject. ELearn Infotech has experienced trainers who will provide you with personalised learning about the topic. So once you become an experience programmer, you can give you take your career a step ahead. During the python classroom training in Hyderabad madhapur, all major topics will be covered. This includes- interfacing, decorators, using of Django and other essentials.

The Python Online Training is for those who cannot attend the offline training. ELearn Infotech offers complete tutorials and courseware for download and learning as per your convenience. Moreover, you will be given live examples and projects to work on. Once you enrol for the course, you can take things forward to learn more about the subject. You can book your schedule as per your time and take up the lecture.

One of the advantages of Python Training in Hyderabad from ELearn Infotech is you have both online and offline learning. Once you complete the course, you will be awarded with the certificate which you can present to the company for job prospectus. At ELearn Infotech you will be provided hands-on experience and other effective ways of learning and training python from experts. Enrol for the class now and get yourself a tag of certified Python expert.

What is the Python Course fee in Hyderabad?

Do Python Institutes provide only Course or Training with Placements?

What are the skills I have to learn to become a Python Developer?

What is the eligibility to learn a Python Course?

To learn a Python Course, you do not need any specific qualifications. Any graduate ca join this course.

How to Choose the Best Python Training Institutes in Hyderabad?

To begin your career as a professional Python Developer, It is a very important factor to gain knowledge on Python. Before you choose any Python Training institute check reviews, course content, placement support, lab facility and Trainer profile too.

What are the Tips to choose best Python Institute in Hyderabad?

Here are the some tips for choosing a perfect best Python Institute in Hyderabad.

Check Institutes Reviews in your city

Which ELearn Infotech Is The Best Institute For Learning Python In Hyderabad?

Before talking about Python Institute in Hyderabad and why you should learn it, let's first learn about the program itself. Due to its dynamic typing, elevated and established data structures, and dynamic binding, Python is widely known for server-side website development, application development, mathematical skills, and scheme storyboarding. It is also prevalent for rapid app development as well as syntax highlighting or glue language to connect modules. Python's easy-to-learn language and focus on accessibility minimize program maintenance expenses. Furthermore, Python's support for packages and modules helps modular programming and code reuse. Because Python is such an available software language, many freelance programmers are constantly developing its libraries and features.

Python is driving the worldwide employment sector since the advantages are obvious. It is among the world's leading programming tools and is on track to emerge as the highest widespread. In fact, python is the top widely used language in the world; hence if you desire to work in a foreign nation, you have a decent chance of finding a job in one of the leading nations in the world by pursuing a Python Course in Hyderabad and adding it into your resume, it might be the key to success.

Furthermore, Python is a talent that may be applied to practically any sector, including:

Scripting in basic as well as app-specific.

Python is a flexible, powerful, and overall programming language. Python code is simple and easy to comprehend, making it an excellent introductory language. It can accomplish just about everything. Various Python Classes in Hyderabad provide Full Stack Python training. These courses cover Python Full Stack Development from the basics to the expert stage. There is even more Python Training in Hyderabad based on what students need to achieve their goals. Courses such as Visualize Data using Python, Machine Learning with Python, Advanced Data Science using Python, Python for Big Data, AI & DevOps, Python Fundamentals, and many others can provide the most promising professional chances.

In a relatively short span of time, several significant enterprises throughout the world have embraced Python as their preferred programming language. The majority of the fresh code at Linkedin, Twitter, Facebook, Vimeo, Uber, Instagram, Quora, and Youtube is written in Python. The fact that Google has now selected Python as its secondary programming language and has pledged to utilize it more in its upcoming product offerings is no news in the developer community. The annual pay of a Python programmer in India runs from 427,293 to 1,150,000, depending on skills and experience.

If you are interested in learning Python and wish to take Python Coaching in Hyderabad. Consider ELearn Infotech to become knowledgeable in the Python programming language's essential ideas. We provide real hands-on training and supervision, ensuring that students have a solid understanding of Python fundamentals. 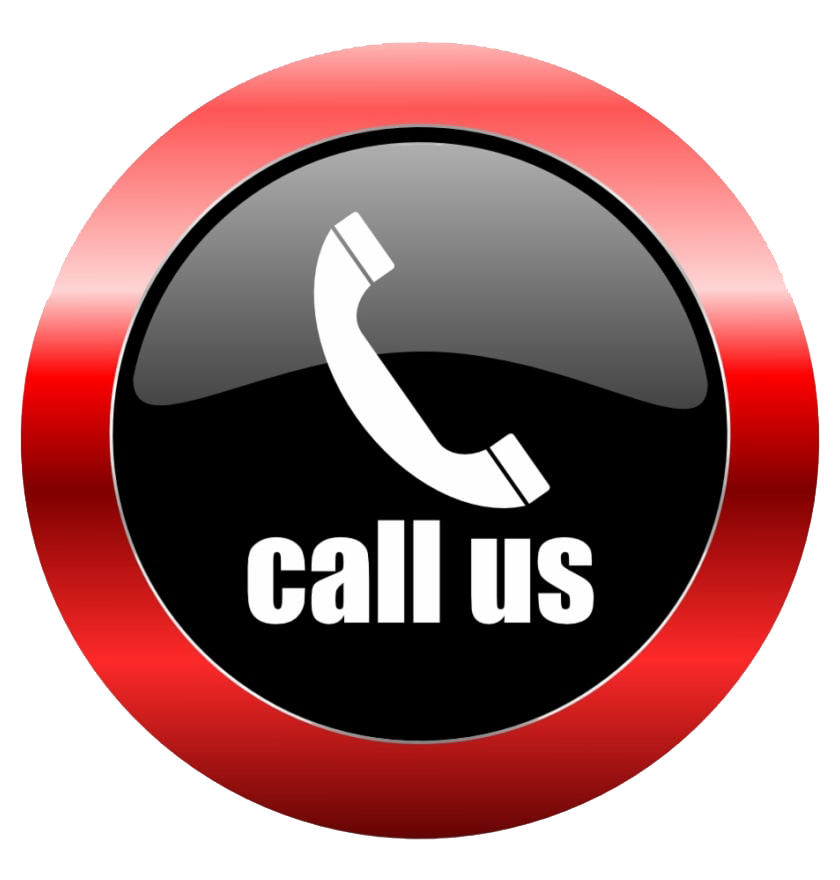